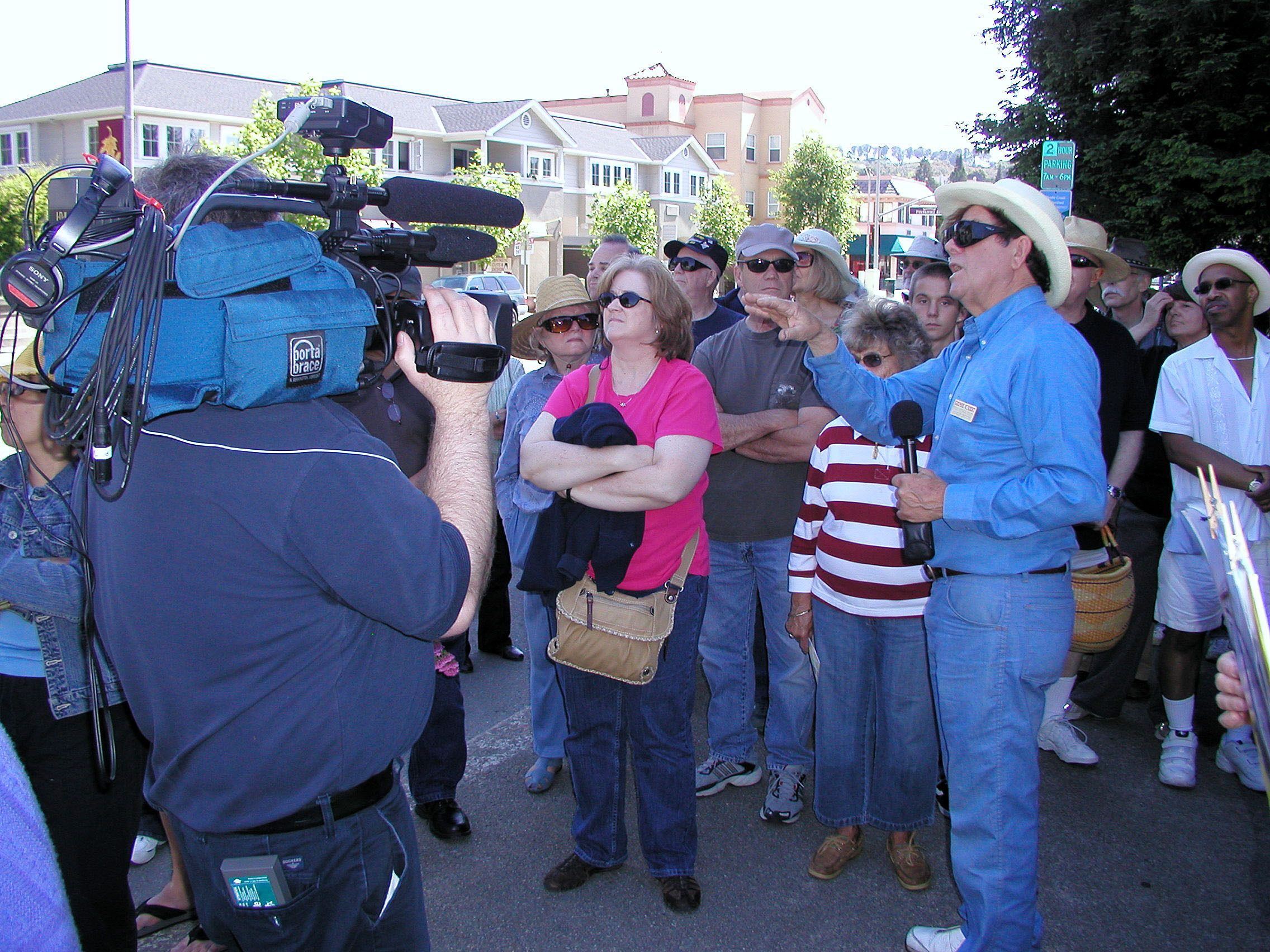 George Vincent wrote in Images of America: Pinole about the cycle of life in Pinole in the early part of the 20th century:

“A person was brought into the world by Dr. Manuel Fernandez, attended Pinole-Hercules School #1, married a local sweetheart, worked at the Hercules Powder Company or Union Oil Company, and left the world via undertaker Charlie Ryan.”

What he left out is that most people who lived in 20th century Pinole – and for that matter, many in the 21st century – were taught by someone in the Vincent family. First, it was his mother, Emily Scanlan Vincent, who taught for 40-plus years, and then by George for 42 years.

Here we are, all these years later, and we are still being taught by George Vincent – whether it’s by reading one of the magnificent local history books he’s written, participating in one of his walking tours of historic downtown Pinole, been a fourth-grade student in a Pinole school and listened to one of his Pinole history programs, or reading his thoughtful, melodic stories in the PHS newsletter, Newsbriefs.

George is a master storyteller, and it’s not an exaggeration to say that Pinole would have little recorded or written history if it were not for George Vincent.

It was a pleasure, and an honor, to present George with the society’s Lifetime Historian Award at the Pinole History Museum’s September 24 Fundraiser and Dinner at Valley Bible Church in Hercules.

SALUTING OUR ALL-VOLUNTEER BOARD MEMBERS

The combined boards of the Pinole Historical Society and Pinole History Museum worked for months preparing for the museum dinner, soliciting raffle and silent auction prizes, assembling the prizes, selling tickets, distributing flyers, doing publicity, and planning every aspect of the onsite event.

We are already discussing improvements and enhancements for the 2023 dinner so we can make it a signature event for Pinole.

Anyone who has worked on producing an event of this size knows how much work is involved. I am extremely grateful to the all-volunteer board members for the many hours they devoted to making the dinner a success – and helping the museum raise more than $10,000, after expenses:

The Pinole History Museum will enhance the preservation and collection of artifacts that represent Pinole history and culture. Museum exhibits and research opportunities will educate and inspire Pinole residents’ community affiliation and civic pride.

“The Pinole History Museum will be dedicated to the education and pleasure of the public. Behind it will be an endless sea of faces — yours, mine, ours — that will give it life and distinction. We are a composite as varied and enduring as those who contribute artifacts, materials, and efforts.

"The aggregate of social and cultural exhibits and programs will reflect the unique community of Pinole and its environs. As a destination, those who visit will come away enriched with a better understanding of its rich history. Visitors, especially school children, will serve as ambassadors to broadcast the existence of this gem.”

An opportunity to link present with past